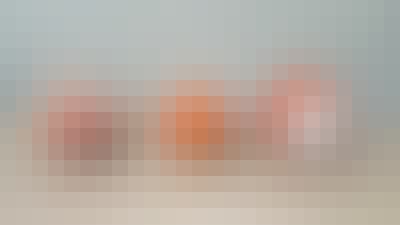 Team Abrams decided to crash into Autumn this year the best way we know how; with a bit of style, a bit of fun, and a bit of competitive spirit.

Kicking off the spooky season right, we had a fantastic points-based “Trick-or-Treat” sales competition, where we all competed for points based off production milestones, as well as points gained from a creative endeavor (pumpkin decorating contest) and a physical challenge (no-hands pumpkin-pie eating contest).  The point of the competition was simple; whoever had the most points won, and it really ended up being a race to the finish.

Along the way, we got to go trick-or-treating as part of the competition.  If you were lucky, you won a treat, like Halloween candy or extra points.  If unlucky, you won a trick, and had to wear a blue wig or fake beard, or dance to Thriller during a team huddle, or even make sure that everyone got candy BUT you. All-in-all, it was competitive and hilarious.

By the end of the competition, we saw our apprentices come out swinging.  The pumpkin decorating contest was won by Jacob Montgomery, who started with us on September 14th, the pumpkin-pie eating competition was narrowly won by Tim Apple, who also started with us on September 14th, and the entire competition was won by Tyler Larochelle, who started here August 17th, with Jacob missing out on the top prize by only 1 point.  We’re all terribly proud of our fantastic apprentices and their accomplishments, and look forward to seeing more of their successful and competitive spirit carry forward into their career with Royal United Mortgage LLC!