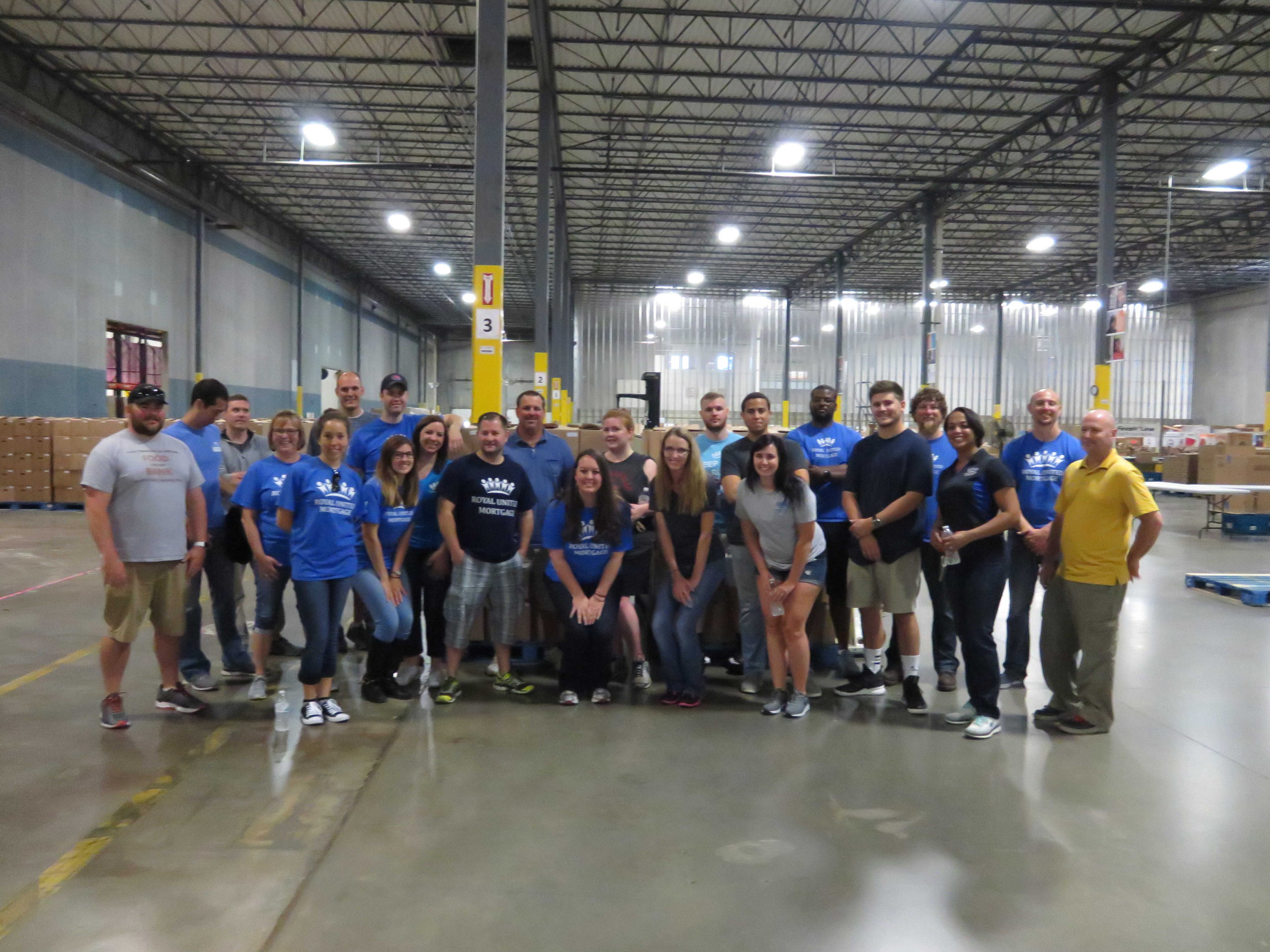 As the seconds ticked away the team started to move furiously. Focused and determined on a common goal, they pushed forward till time expired. The pace was set early at Gleaners. The Royal United Mortgage LLC volunteers knew they had a daunting task ahead of them but were determined to set a new record.

The team was responsible for filling BackSacks. The BackSacks provide food for children on weekend days when they aren’t in school.

The program has four objectives:

With a mix of experienced volunteers and first time participants, team members were assigned specific tasks. The assembly line process started with volunteers preparing bags to have food items placed in them. The bags then moved down the line where additional team members filled them with the various items. Once the bags were filled, they were checked, to make sure the bags contained all of the necessary components. After being checked, the bags were placed in boxes, ready for distribution. The entire time bags were moving down the line and being filled, other Royal United Mortgage LLC volunteers were busy opening boxes and replenishing the food items.

The entire team moved as one harmonious group, learning along the way on how to make the process quicker and more efficient.  After 90 minutes the Royal United Mortgage LLC team had filled and checked 1,098 bags. Although a new record was not set, the team was proud of what had been accomplished and grateful that they could help the community.