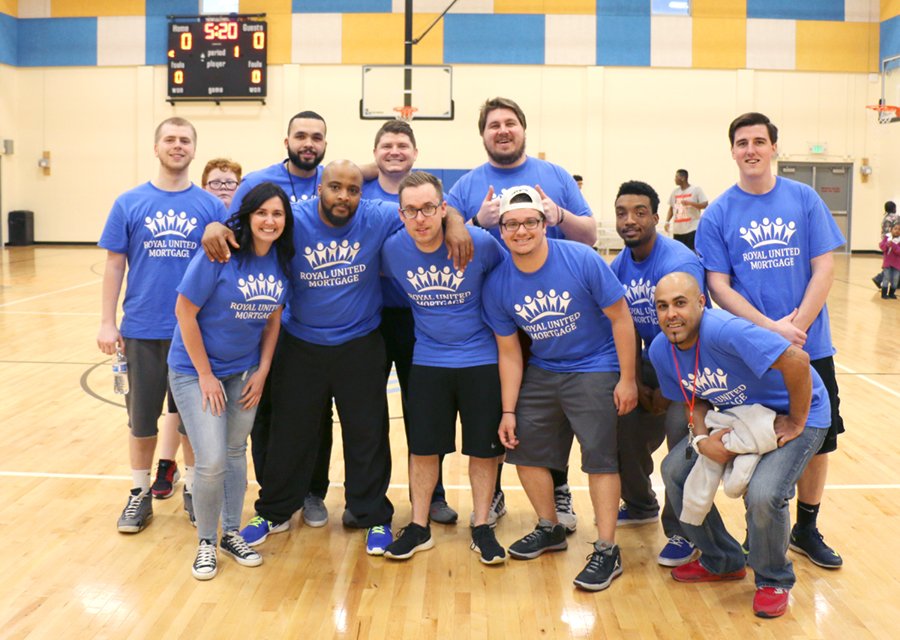 On Thursday, March 16th a group of Royal United Mortgage LLC employees met with our long-term partners The Boys and Girls Club of Indianapolis for a fun event. The name of the game was basketball, and at the start of March Madness, a new kind of tournament would begin. There were a few brackets, but all of them had one thing in common teens vs. corporate employees.

Robert Chastain, a Royal United Mortgage LLC employee had this to say about the event” It was a lot of fun helping out at the Boys and Girls Club. There’s nothing more humbling than a team of 3 teenagers showing you that they’re better than you’ll ever be at basketball. I’d love an opportunity to be a part of this in the future.” He wasn’t the only one with a similar experience. Across the board, employees here lost, miserably, to the young talents.

“What made the tournament fun last night was the competition between the kids. Very outgoing and competitive group. A lot of young talent that has real potential. “ said Zach Weddle, a Loan Advisor here with the company.  We’ve been proud partners with the Boys and Girls Club of Indianapolis now, for years. The Boys and Girls Club help set up events like this, to keep active after school programming, and to help the kids see a different side of the community.

Jacob Montgomery had this to say about the event ”I volunteer for the Boys and Girls club EVERYTIME Royal is holding an event for them. Being able to just go to hang out and get to know some of those kids, really makes it all worthwhile. In addition, being able to see some of the skill set those young boys and girls have, really makes it a show to watch. Also, reminds me of how old and out of shape I am. Talk about motivation to work out.”

Michael McGuigan had these words to say “Loved watching each team compete, but also support one another. It may have been a basketball tournament with one winner, but I believe everyone would agree there were no losers that day!” There’s no doubt that the 3 on 3 basketball tournament meant a lot to many people involved. Royal United Mortgage LLC looks forward to its next event with The Boys and Girls Club of Indianapolis.