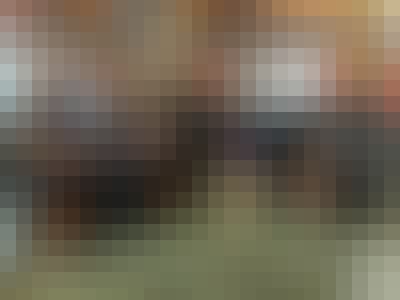 It was a night of glitz, glamour and Gleaners. For years, Royal United Mortgage LLC has been partnered with Gleaners and our team volunteers regularly throughout the year at their facility in Indianapolis. Here at Royal, each employee is allotted 4 hours a month to devote to community service. Read more about our partnership with School on Wheels and Backpack Sacks.

The 2016 Gleaners Gala Three Ring Spectacular was hosted in September of 2016. The evening began with hors d’oeuvres and a silent auction. It ended with thrilling entertainment and decadent red velvet cake. The “Three Ring Spectacular” theme was focused on the three groups in the community that need everyone’s support: children, seniors, and veterans.

The most exciting event of the evening was the Royal United team getting in on the live auction action. The first item to be publicly bid on: a night out in a suite for a Pacers game for the 2016-2017 season.

Royal United Mortgage LLC is a Silver Sponsor and we are pleased to have the opportunity to help fight hunger in our community through Gleaners programs.