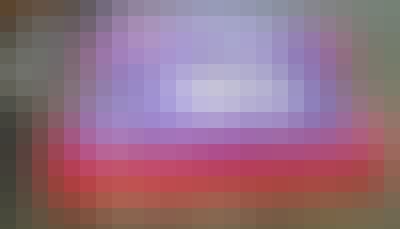 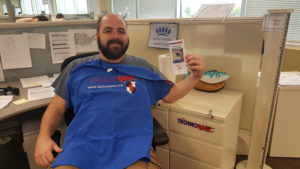 I had the honor of representing our company by attending an awards ceremony for the end of the TechnoKats 25th season. I realize that name may bring many images to mind as to what TechnoKats may actually be and not one of them will have anything to do with robots. Yep, I said it: Robots!  I wasn’t sure what it was either when Royal United first started sponsoring this team. Images of ‘battle bots’ may come to mind. After attending a couple events I quickly realized it’s much more than that! 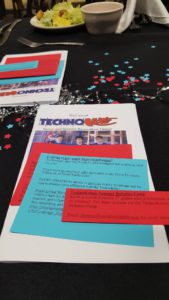 The TechnoKats is a team of high school students that build a robot to compete against other robots from around the world each year in FIRST Robotics competitions. These students dedicate six plus weeks to designing and building a robot. As if that wasn’t enough, they also run this club as if it’s a business! Not everyone on the team is a robot building genius. The students are learning professionalism: Scheduling, reaching out to local businesses, fund raising, researching, and running every aspect of the team to make it successful.

When I arrived at the dinner, I checked in at the front desk and was greeted by a sophomore TechnoKats team member who seated me at my table. Then before I knew it I had three more students sitting close to me along with representatives from other sponsors. It was refreshing to not just see the students you’re supporting but also have time to listen to what the program has done for them. It is a competition and the program brings out each students competitive side but I heard much more than that. The students spoke about leadership, motivating others, teamwork, and problem solving.

These students worked countless hours to accomplish a common goal. The TechnoKats had an amazing year finishing 7th at IndianaFirst Sate Championships and ranked #7 on the Archimedes field at the FIRST World Championships. They even broke some of their own records! But what makes me proud to be part of this is the fact that the TechnoKats are doing what every teacher, parent, and future employer wants to see: Producing a group of students who know how to work with, motivate, and lead others to accomplish goals.

Check out this video of the TechnoKats 2016 robot shooting a ball into the target goal! 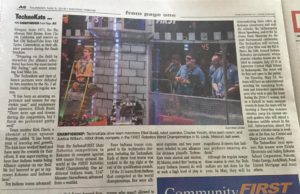