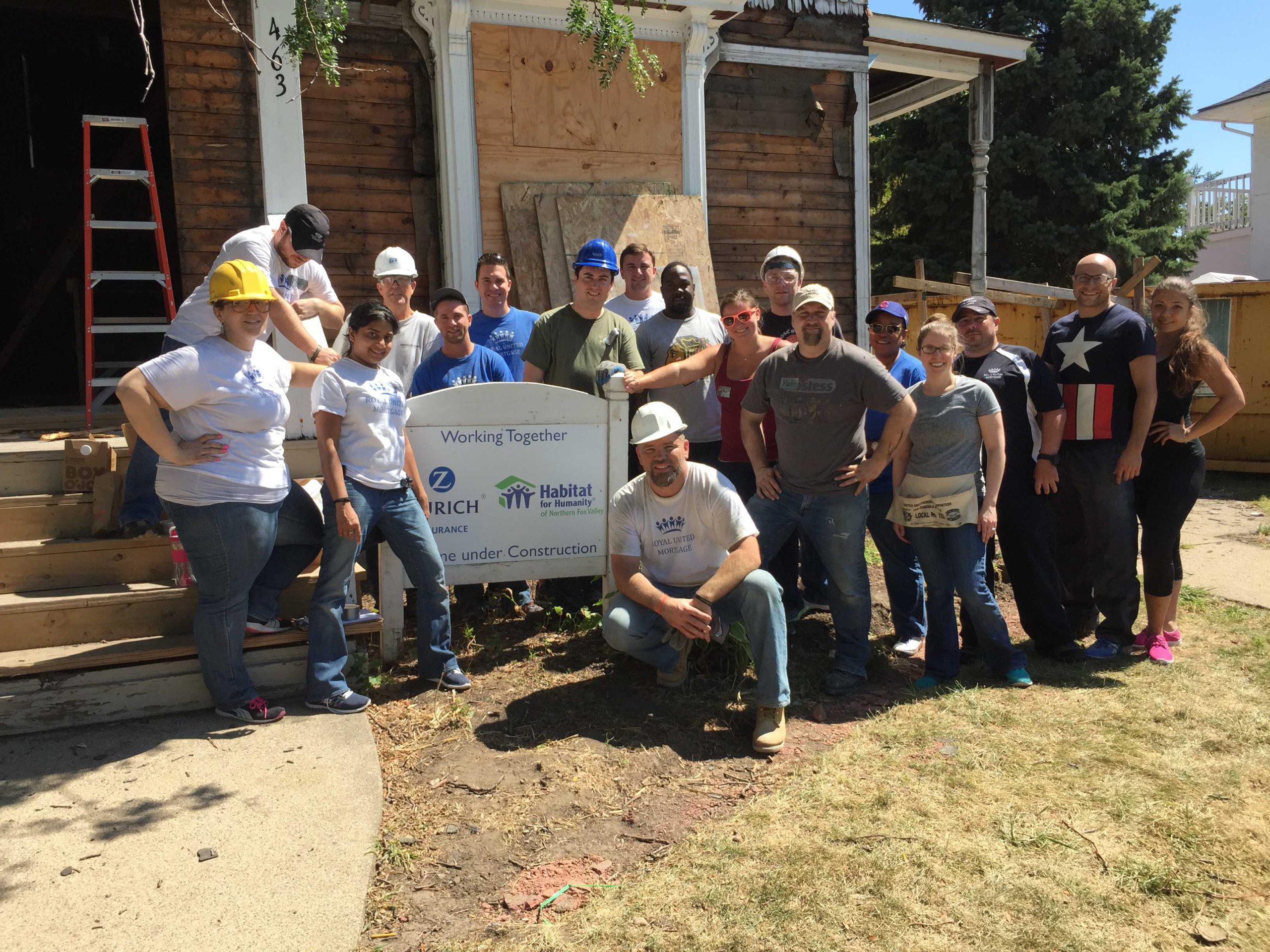 On August 21, 2015, Royal United Mortgage LLC Team Schaumburg had its inaugural Habitat for Humanity build day. The home we were working on is located about 25 minutes from our office in the historic district of Elgin, IL. The home was gifted to Habitat after it was foreclosed/condemned. The Habitat affiliate we chose to work with focuses on rehabbing homes in the area, rather than building new ones. Although this home used to house 4 families, Habitat chose to make it a 2 flat post rehab!

When we arrived at the house in the morning, it was in pretty rough shape. A member of our morning crew put it best when she said “It looks like the house from the Monster House!” You could tell at one time is was a beautiful old Victorian house, with huge picture windows and tons of character that had just completely fallen into disrepair.

Our morning crew arrived in true Royal United Mortgage LLC fashion, early and ready to work hard!
After we geared up with our hard hats and safety goggles, we split off into groups to get to work. Inside, we had folks up on ladders installing floor joists and trusses, swinging sledge hammers, and tearing up flooring that had been in the house since when it was built in the 1890s! Outside we had a team sealing up the outside of the house with house wrap. We even prepped the front of the house for the installation of the front door.

Afternoon shift started to arrive at 11:30 and were ready to jump in and get to work. Our morning crew packed up and headed out, and the afternoon crew seamlessly slipped in to pick up where they left off. Our afternoon crew mainly worked on getting the subflooring installed, demolishing a few old walls, and even constructing some new ones. We even helped install the original front door from the home in the spot that we prepped earlier in the day!

We had a great mix of Royal United Mortgage LLC staff at the event. We had veterans who have been selling loans for years, and folks that have been with Royal United Mortgage LLC for a month or less, working side by side to accomplish a common goal. This was more than just a 4 hours shift of community service, this was truly a team building activity. It made me really proud of who we are as a company and as a branch to see what we can accomplish when we collectively work together toward a common goal! I can’t wait for our next one.